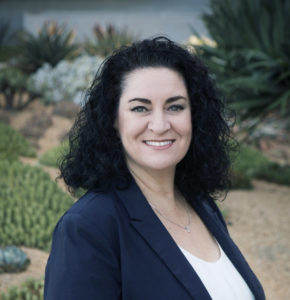 Shellie Halprin, President. Shellie has been a member of CBT since 1977. The 2019-2020 year represents her third year as president. She has previously served on the board as the Recording Secretary and a Director. She was President of Sisterhood for two years and has served on the Campaign Steering Committee, Resource Development Committee and co-chaired two annual fundraisers. On a personal level, Shellie and her husband, Greg, were married at CBT in 1990, and their two sons, Brandon and Daniel, have been members their whole lives. The Halprins are the only family in CBT’s history thus far where all four family members became b’nai mitzvah at our shul.